Outlook for FY 2021/22: Increased sales of at least €2 billion, improved EBITDA margin of 6% to 7%, and slightly positive net result after taxes. 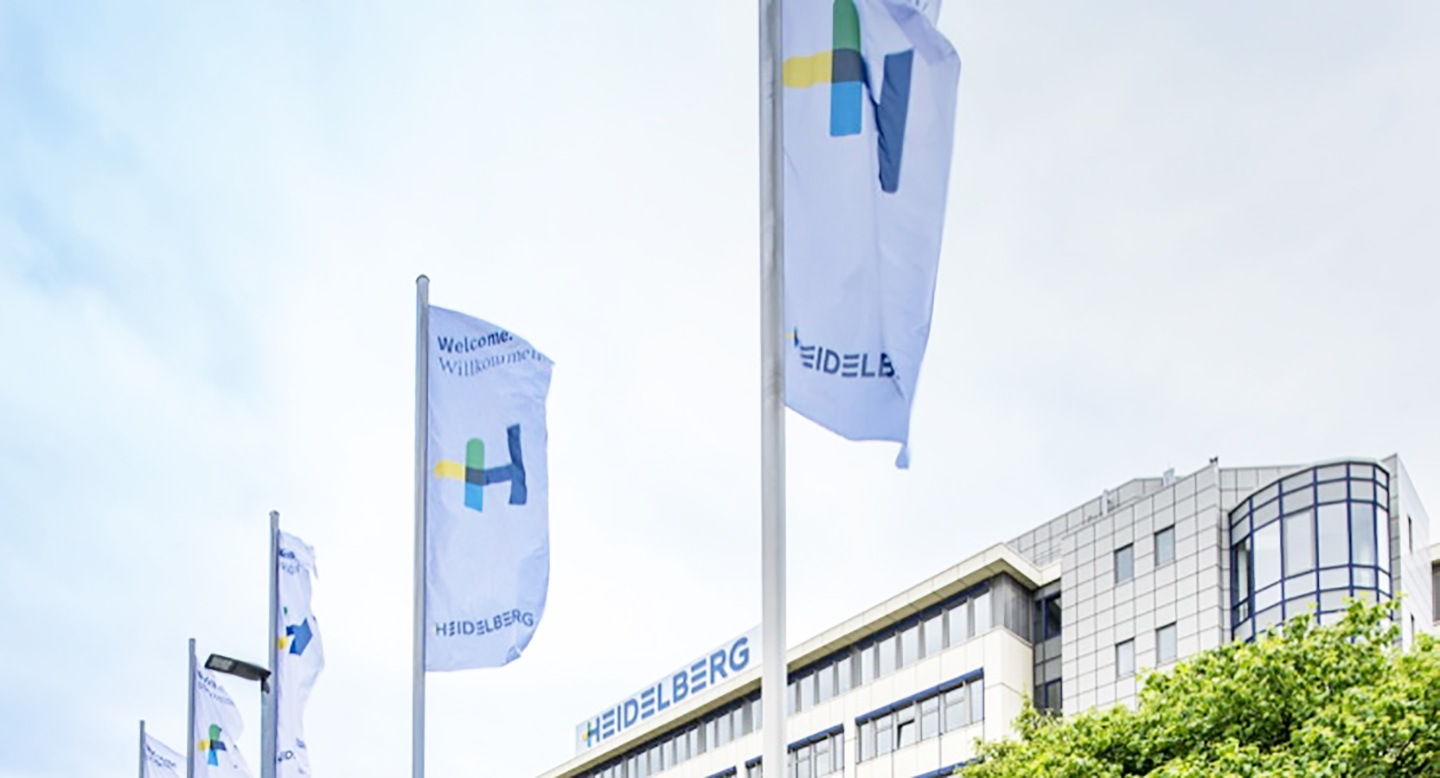 Heidelberger Druckmaschinen AG has made a positive start to financial year 2021/22 (April 1, 2021 to March 31, 2022). Thanks to a broad market recovery in virtually all regions and growing successes from the group’s transformation strategy, the company has been able to deliver the promised improvements in sales and operating profitability in the first quarter.

Due to the broad market recovery in virtually all sectors, Heidelberg recorded sales of around €441 million for the first quarter of FY 2021/22, which was far better than in the equivalent period of the previous year (€330 million).

Higher confidence and, correspondingly, a greater readiness to invest have seen incoming orders climb by close to 90% (compared with the equivalent period of the previous year), from €346 million to €652 million. This has increased the order backlog to €840 million, which creates a good basis for achieving the targets for the year as a whole.

Thus, despite clearly reduced sales, the figure for the period under review even exceeded the pre-crisis level recorded in FY 2019/20 (€11 million).

“As demonstrated by our encouraging initial quarter of financial year 2021/22, Heidelberg is really delivering. Buoyed by the global economic recovery and the notable improvement in operating profitability, we are also very optimistic about meeting the targets announced for the year as a whole,” said Heidelberg CEO Rainer Hundsdörfer.

Confidence regarding financial year 2020/21 as a whole is being fueled by a broad market recovery that, along with orders from the successful trade show in China, has led to incoming orders of €652 million – an increase of 89% compared with the equivalent quarter of the previous year.

Given the marked uptick in demand – especially for new products such as the Speedmaster CX 104 universal press – Heidelberg is convinced it can continue building on the company’s market-leading position in China, the world’s number one growth market.

Based on solid economic development, Heidelberg is expecting the profitable upward trend to continue in subsequent years, too. This is down to the company’s implementation of realignment measures, the focus on its profitable core business, and the expansion of growth areas. Cost savings of some €140 million are predicted during financial year 2021/22 as a whole. Total savings exceeding €170 million are then expected to take full effect in FY 2022/23, along with a lasting reduction in the group’s operating break-even point, measured in terms of EBIT, to around €1.9 billion.

“The enormous efforts we have made to transform the company are now bearing fruit. Thanks to the expected improvements in our operating result, the significant free cash flow potential, and a historically low level of debt, we are very confident in financial terms, too, that we can realize our huge opportunities for the future. It’s many years since Heidelberg was last in this situation,” added CFO Marcus A. Wassenberg.

In the period under review, a clear improvement in net working capital and an inflow of funds in the mid-tens of millions of euros from selling a piece of land in Wiesloch led to a significant improvement in the free cash flow, from €-63 million to €29 million. The company succeeded in reducing its net financial debt as at the end of June 2021 to the historically low level of €41 million (previous year: €122 million). Leverage (net financial debt to EBITDA ratio) was 1.7.

In view of the clearly positive development of orders and the encouraging operating result trends in the first quarter – and despite the continuing uncertainties regarding the COVID-19 pandemic – Heidelberg is standing by its targets for financial year 2021/22. The company is anticipating an increase in sales to at least €2 billion (previous year: €1,913 million). Based on current projects focusing on its profitable core business, Heidelberg is also expecting further earnings from asset management in financial year 2021/22.

Since the level and timing of the gains on disposal from the planned transactions cannot yet be evaluated with sufficient certainty, an EBITDA margin of between 6% and 7% is still expected, which is up on the previous year’s level (previous year: around 5%, including the effects of restructuring).